You are here: Home › Gaming › Dominate With Your Cleric In Rift Online 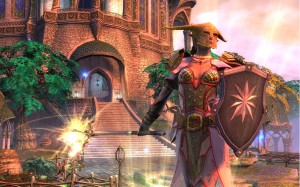 There are four different callings (class archetypes) in Rift: Mage, Rogue, Warrior and Cleric. This lens will focus on giving you information about the Cleric calling, tell you its pros and cons and hopefully get you to play this fun class.

Rift is a new MMORPG game developed by Trion Worlds which thousands of players are currently enjoying. Cleric is just one of the exciting callings you can play, so read on to find out why it’s so much fun.

There are nine different cleric souls available to Rift players: Cabalist, Druid, Inquisitor, Justicar, Purifier, Sentinel, Shaman, Templar and Warden. The Templar is a PvP class, and Druids are the only Clerics with a pet. Justicars are also decent at tanking.

Purifier, Sentinel and Warden are actually the only Clerics who are focused solely on healing others. Cabalist, Druid, Inquisitor and Shaman are DPS (damage) souls.

In rift the player chooses from the ascended souls which who have the advantage of communing with power of the ancients who outperformed for Telara. The most interesting part is the soul attunement, as the player moves up level by level, various souls combine and give a chance to experiment customized combinations of souls. 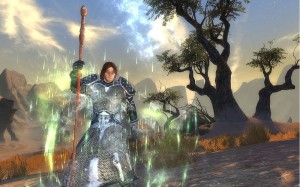 Clerics have always been the clean players. Clerics emerged as a powerful being that unite with evil daemons, fairies and gods. These sacred men and woman discovered many spiritual disciplines, some followed them strictly and some supported the free form of divine duty.
The cleric nature depends upon their origin and the training routine that they follow. There’s no doubt about it that they have boundless knowledge and anxious psyche. Clerics value their insight and follow the path of loyalty. They handle the situation in support of their people by means that may not be understandable by a common man.

Clerics are known for their powerful assistance magic that helps them heal the injuries and diseases. The attacks of the clerics vary depending on the protector deity they follow. They have the ability to bolt though a long distance and thick walls.
Cleric’s energies are maintained in a pool called mana, granted by their deity. But it is limited in storage; therefore during the crisis it diminishes its reserves. Therefore this pool needs to be carefully managed.

The clerics carry a two handed war hammers or simply a shield to protect them and a mace. The hidden or the secret priest hoods in that duration wear their attire and expose the spiritual emblem like staves, tomes and totems.

The players have a choice to choose among the clerics that include purifier, inquisitor, sentinel, justicar, shaman, warden and druid. Each have the spirit to do the good but the ways they follow differ. One supports purity , then another fight between life or death, one inquires about the opponent and then attacks accordingly and the other stand toe-to-toe with their foe and crashes them, one unites with the power of north and the other use their pets to attack. The player according to his interests and the way he likes to win the battle can choose amongst the faith follower clerics.

Clerics are renowned for their powerful support magic, able to repair the most grievous injuries or cure the deadliest diseases. The spells at a Cleric’s command are as varied as the patron deities they follow. Many Clerics are also capable combatants who rain divine wrath from afar, or wade into the thick of battle, warhammer swinging.

Clerics fuel their spells with the arcane energy known as mana. Granted by their patron deity, a Cleric’s pool of mana is not limitless and must be carefully managed, lest the Cleric deplete his reserves in a crisis.

Overall, the Cleric Combat System is the most basic of the Combat Systems. Except for Justicar, all of the Clerics just simply use Mana for their Abilities and that’s it. But, keep in mind, Clerics are the main Healers in the game. It would have been exciting if Trion had come up with a unique healing system, but it’s understandable that they didn’t. 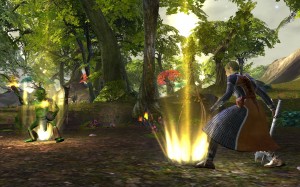 Every Ability costs Mana to use and a Cleric’s total Mana is based off of their Intelligence. Clerics can also increase their Mana regeneration through their Wisdom.

For Justicars, you gain the Ability, Cavalier, upon spending 2 points in the Soul Tree. When Cavalier is active (it is just a simple buff), you gain a Conviction charge anytime you use a Life-based damage Ability. Certain Abilities require a Conviction charge to be used. Meaning, you must learn how to efficiently stack Convictions and consume them. Not using Convictions will significantly hinder your ability to play as a Justicar.

For a complete strategy and leveling guide for the Cleric calling in Rift be sure to check out this all-in-one Rift Cleric Strategy Guide which includes a breakdown of souls, equipment, must-do quests, a complete leveling guide, info on mechanics, spells, PvP and more.

There are eight different cleric souls available to Rift players:

The Templar is a PvP class, and Druids are the only Clerics with a pet. Justicars are also decent at tanking. Purifier, Sentinel and Warden are actually the only Clerics who are focused solely on healing others. Cabalist, Druid, Inquisitor and Shaman are DPS (damage) souls.