You are here: Home › Gaming › Overview of Barbarian Skills in Diablo 3

Among the various classes of Diablo 3, the Barbarian evokes the most admiration among the game’s fans. And it is not hard to see why. Barbarians are still the epitome of destruction and are simply one of the best ways to get leveling rather quickly in Diablo 3.

At the same time however, there is a limit to the number of whirlwinds, leaps or other skills you can perform as a Barbarian. This is because in Diablo 3 the erstwhile mana is longer available in plenty to fuel all those skills and powers. Instead, Barbarians now need to focus on Fury, which can be generated by inflicting as well as sustaining damage.

The Barbarians possess certain skills that are Fury guzzlers and some others that help regenerate Fury. There are also some additional utility skills. The skills which generate Fury can be used quite easily to cause casualties. But if your aim is more towards banishing entire hordes of enemies then skills that consume massive amounts of Fury will need to be called upon. 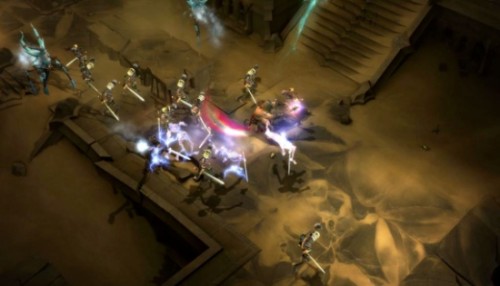 You can find a full list of Barbarian abilities on the official site. In order to understand how to best combine them into powerful combos and if you want to learn the best builds check this beginners barbarian guide. That should help you out when deciding which abilities are best for PvE or PvE, boss killing or leveling.